A year ago, in mid-April to be exact, my life changed, and it’s never been the same. The Lord downloaded a nugget of truth that set me free from fear—a life-long, toxic companion that had been set on destroying me since childhood. 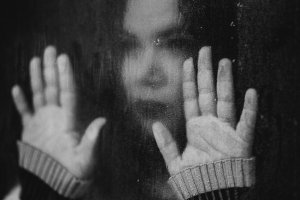 I’d like to share the condensed version of the journey out of fear and into peace, but first I must say a word about fasting. I’ve taken part in fasts during my years as a believer—everything from Daniel fasts to full-blown, nothing-but-clear-liquids fasts, so the concept was familiar to me this time last year. I knew, for example, that when you fast, you don’t stop being hungry, but you choose to refrain from eating. Once you’ve committed to the fast, you have no choice: food is off limits. Mental turmoil is possible, of course—“Should I break the fast? I’m so hungry, maybe I’ve fasted long enough!”—but within the fast itself, there’s no reason for an internal struggle. The matter has already been settled: fasting = no food.

So, back to my story … During a visit with my sister, I realized just how much of my life revolved around fear. I prioritized each day according to what would most effectively reduce fear and/or guilt (which is closely tied to fear). I also realized that I felt stressed much of the time and that 95% of my stress was fear-based, e.g. the fear that I wasn’t going to have enough time to finish a project, or that I was going to make a wrong decision, or that I wasn’t good enough to do this or that. I fretted about events that hadn’t even happened and woke in the middle of the night feeling condemnation (also a product of fear), anger (you guessed it—also related to fear), or panic.

Before you write me off as a complete lunatic, let’s jump to the good part of the story: on the way home from my trip, the Lord challenged me to a fast—but rather than a typical fast, this would be a fear fast. For seven days, fear would be off limits. If I committed to the fast, I’d have no choice but to abstain from even the briefest fearful thought. A couple of young women who have taken the fear fast challenge since then have told me that they were “afraid of not being afraid,” and that’s exactly what I thought, too! Fear can become such a constant companion that it feels downright irresponsible to forgo it, as though fretting about the future is the mark of maturity. We act as though worrying about something brings about change—surely if we play out every possible scenario regarding a potential problem (the more horrifying the better), we’ll avert disaster or at least have a bit of control over what happens, right?

Anyway, I took the challenge.

And ohmygosh, what a difference it made in my life.

The seven-day fast turned into a lifelong discipline. The fear didn’t magically go away, but I immediately felt liberated by having forfeited my “right” to fear. The matter had been settled: fasting = no fear. Each time I sensed that old, familiar feeling—each time my thoughts began to turn toward fear—I reined myself back into the present moment. If I was eating a meal, I focused on the food in front of me; if i was carrying on a conversation, I gave my full attention to the other person. I stopped giving any attention whatsoever to fearful thoughts. Sometimes I could almost hear the fear: “Pay attention to me!!!!” but little by little it became easier and easier to devote my mind and time and energy to worthwhile things. Fasting fear has completely altered my perspective and eliminated nearly all the stress I used to feel. It’s made me a kinder and more patient person. I’m a better wife now. I’ve learned how to enjoy the present instead of always jumping into the “big, bad” future. And I feel more contentment with whatever state I’m in than ever before. 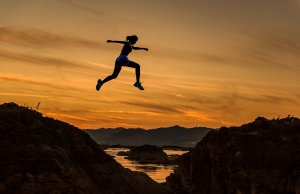 Fearfulness was far more than a bothersome character weakness—it was venomous. If you’d like to hear more about the fear fast, stay tuned because I’ll probably devote the next few blog entries to this particular journey. But for today, for this moment, I just want to say thank you to my Father because “He lifted me out of the slimy pit,  out of the mud and mire;  he set my feet on a rock  and gave me a firm place to stand” (Ps. 40:2 NIV).

4 thoughts on “How to Stop Worrying for an Entire Year”