I have no idea why one person evolves into a compulsive eater and the next one doesn’t. Yes, food was associated with comfort during my childhood, but isn’t that true for everyone? I was skinny as a kid, and my sister and I grew up back in the day when children still played outside for hours at a time, so I ran off every excess calorie. Even though there were certain dishes I loved (e.g., my grandma’s shrimp dip and lemon meringue pie), I rarely overate.

When I was fourteen, my mother remarried and my safe little life spun out of control. We moved from Chicago to a rinky-dink town in rural Illinois. I was already painfully shy and immature, and the upheaval was excruciating. In the emotional whiplash, I discovered the consolation of food. I got a worker’s permit and an after-school job at Dairy Queen, where we were free to make our own sundaes, so you can imagine what sort of concoctions we kids came up with. After work, when my family had already retired for the night, I’d slip quietly into the apartment and fix a fried egg and bologna sandwich. At some point during my fifteenth year, food got a hook in me.

By the time I was 20, I had a baby and was in a disastrous marriage that would last for more than two decades. We were living in an old, ramshackle house; it was so cold at night that a leftover cup of coffee would freeze on the kitchen table. The house sat on a country road surrounded by cornfields. I was terribly isolated with virtually no friends, no phone, and no transportation. I was forbidden to visit my own family even though they lived just a few miles away. To top it off, I was unknowingly battling the initial stages of thyroid disease.

One day as my son napped in the next room, I sat down with a batch of chocolate chip cookies and I couldn’t stop. Sugar became my drug. The act of eating brought instant relief from the pain and hopelessness.

I began to look forward to these occasional moments alone with food. After the birth of my son, I’d lost every trace of baby weight in 30 days, so I always promised myself I’d have just a few cookies or just one Twinkie. But at some point during each binge—usually by cookie number three or Twinkie number two—the satisfaction would morph into compulsion. That little regulator inside a person that tells them they’ve had enough stopped functioning. I railroaded right over the voice of reason, trying to make the gratification last just one minute longer.

For the next few years, the binges were serious but sporadic. I held my addiction at bay until my mid-twenties . . . 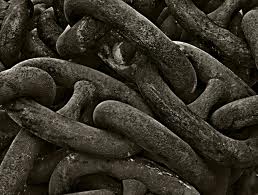 That’s all I can muster for now. Laying my story “out there” is difficult—but worth it if it helps even one person. Understand that if you feel powerless against food, there’s hope. The path to healing is not an easy journey, but there’s hope and there’s freedom. See ya next time.

4 thoughts on “The Making of a Food Addict”