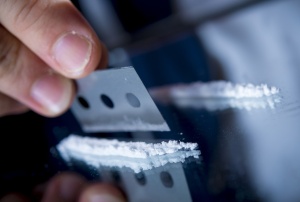 What if a recovering cocaine addict was required to snort just a bit of coke each day while at the same time maintaining control over his compulsions? And what if cocaine were easily accessible, legal, and inexpensive? What if we subjected our recovering addict to commercials about the awesomeness of cocaine every time he turned on his TV? What if there were huge social expectations that demanded he ingest a little cocaine at gatherings with his family and friends? And what if we erected billboards in his town with pictures of people happily snorting lines of cocaine?

This is the battle that a food addict faces every day.

If your first instinct is to tell me I’m being melodramatic or just plain silly, you’ve never been a compulsive eater. This addiction is very private but also very public in that our drug of choice is exalted everywhere we look. And in the meantime, we must depend on the very substance to which we’re addicted in order to live.

Food addicts can’t cold-turkey their addiction. We can’t abstain for more than a few weeks (or 40 days, if our name is Moses) without keeling over and dying. We can’t not go to the grocery store. We all have to prepare food and eat it, and lots of us must cook for other people.

Granted, some food brings health and some brings death (and many processed items don’t deserve to be called “food” at all), but for a food addict in the initial stages of recovery, “food” refers to the whole caboodle.

A person can’t walk away from food the same way he or she can walk away from other substances. Some say that moderation (versus total abstinence) is possible for some former alcoholics, but most experts assert that even one glass of wine on the weekend is out of the question. But food addicts don’t have a choice. It’s moderation or nothing. 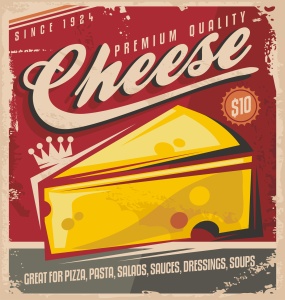 On the other hand, the difference between “typical” drug or alcohol addiction and food compulsion is that food was created for our pleasure, welfare, growth, health, and even healing. The same can’t be said about cocaine. (And though some would say that a bit of wine is good for the belly and the heart, we’d all agree that alcohol is not necessary for daily survival, growth, and health.) The trouble is that commercials and ads rarely expound on the value of pomegranates and lentils. Rarely do we see a billboard with a mouth-watering picture of eggplant.

Therefore, making right choices must be developed and applied every single day by living a consecrated life in regard to food.

But first we have to give up the fight. We can’t just talk about it, read about it, wish we had the courage to do it… We must admit that food is both our god and executioner. We must realize that the only way to beat this thing is to let Jesus beat it for us, to put Him in charge of every piece of food that goes into our mouths. It means becoming comfortable with conversing with God and responding to the nudges of the Holy Spirit. This is a discipline that can be learned and honed. I say “discipline” because—let’s be honest—it’s super easy to disregard that voice just long enough to do what we want to do. It’s easy to say, “I think this or that is okay” when we’re not sure. With an addiction, we must err on the side of restraint. When we’re not sure, we can’t afford to give ourselves a little extra leeway.

The only way to secure victory is to make it a rule of thumb that when you’re not sure about whether God is saying yes or no, the answer is no. That part of you that is addicted is conniving, manipulative, and indulgent, and you can’t give it the benefit of the doubt—ever. It never, ever has your best interests at heart.

One last word: Arriving at the moment of surrender doesn’t mean you’ll never goof again. It doesn’t even mean you won’t stuff half a cheesecake into your mouth at midnight tonight. It simply means throwing in the towel, devoting this area of your life to your Creator, and never having to face an experience with food on your own again.