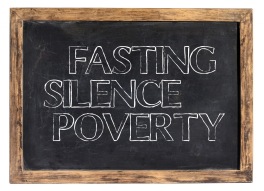 My husband is at a monastery for a few days this week. Those who know him would find this comical: he’s a long-haired, tattooed hippie with a disreputable past who loves his motorcycle and ragged jeans. Even so, when I talked to him last night, he said the monastery felt familiar. The reason for this is that Kenny spent a handful of years as a missionary in Nashville, during which he lived in a windowless room that he dubbed “the cave,” and fasting was commonplace. The monastery, designed to exemplify the virtues of fasting, silence, and poverty, has tiny dorm rooms, a Daniel fast diet (no meat, sweets, or other luxuries), and many no-speaking areas.

That got me thinking: there are elements of the Christian life that were meant to be commonplace for believers that have become completely foreign to most of the Church. But I’m not here to reprimand anyone—rather, I’m here to say that we’re missing out. Granted, I don’t want to live my whole life in a single, windowless room, but living simply, as unattached to the world and possessions as possible, allows for great freedom. I’ve experienced just one speech fast, which was intense and beautiful; I’ve been longing to do it again. As for fasting food, that’s almost never easy. In fact, I cringe at the thought. And yet there’s nothing like that spiritual buzz, which tends to set in after a few days as your perspective shifts. The emphasis we Americans place on food (and it’s far more than you’d think) suddenly seems ludicrous. The spirit wakes up and takes center stage. What’s truly important becomes important once again, and what’s irrelevant finally becomes irrelevant.

Here are a few paragraphs from my journal during a liquids-only fast:

I’ve been kinda living in the supernatural lately, and I don’t want it to stop. It’s Day 19 of a 40-day liquids-only fast. I’ve never experienced anything quite like this. A mug of pureed veggie soup feels like a feast. I’ve been spending an hour in my prayer closet every morning, sometimes more, and it feels like ten minutes. I’m eating the book of Romans.

There are plenty of days lately when I’m nearly giddy “for no reason”—even right in the middle of working. Laughter comes easily. Hours go by and I forget to have my soup. I’m forgetting what it’s like to eat. I never want this to end. 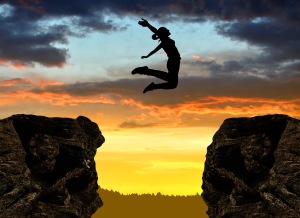 I have energy, energy, late into the night. Mental alertness and productivity. Patience. Spiritual sensitivity. Contentment. Creativity, hope, and confidence. Affection. Groundedness. The absence of stress and anxiety.

Thank You, Father, thank You. I love You so much. I can’t for a moment wrap my mind around what it would be like to live without You. How would I survive a single day if I didn’t belong to You? To extract myself from Your grip, if that were even possible, would leave me with nothing. There is no me without You.

Why has the Church allowed fasting and other disciplines to go the way of the dinosaurs? Is it simply that they’re difficult for the flesh, or is it more than that? What do you think?

2 thoughts on “A Word About Fasting”