No Place to Hide

Lately, God has been challenging me on almost a daily basis to decide what I believe and then stand up for it, no matter what others might think, no matter if I come across as radical or even foolish. He has allowed me to be pushed into corners where there’s no happy medium, so that I must either defer to unrighteousness or profess and defend the truth—and then live accordingly. He is eradicating the “middle ground” and challenging me to come out of hiding as far as who I am in Him. 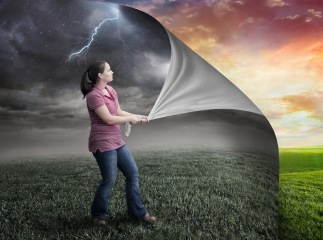 For too long, with few exceptions, the typical American Christian has been able to tiptoe and dance around controversial topics; it’s entirely possible to go for years without having to stand up and declare what you believe regarding matters like the sanctity of life or the definition of marriage or the significance of sexual purity. In the process, we’ve bought in to the lie that there are no absolutes, that everything is relative. More and more, we’ve learned to live in the grey areas until we’ve forgotten that there is light and there is darkness.

We’re so desensitized to sin that we’re offended by the word “sin” rather than by the things that dishonor the Lord.

Not so long ago, it was understood that a wise man gave his allegiance to God. Now, it has become second nature to excuse, defend, and even celebrate the things that offend God. We’ve become compromising and spineless. 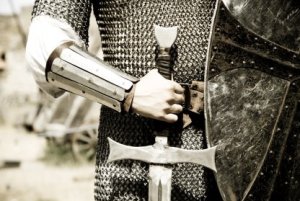 But not for long. The tide is turning, light and dark are polarizing, and soon we’re going to have to choose, and there will be no grey area in which to hide. Lord, embolden us to defend Your honor, embrace truth, and obey You at all cost.